Breastmilk VS Formula: It’s what’s best for you! 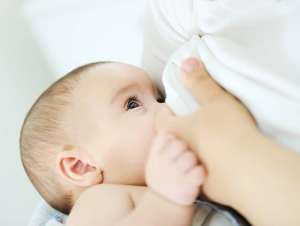 After announcing your pregnancy, people will ask if you plan to breastfeed. And they’re opinionated on it.

So this is for you. Breast milk or a formula, this is everything you need to know.

An overview on breast milk.

You hear “breast is best” everywhere. There are definitely a million or so benefits you could find on the internet. Not all are going to be true, not even close. Yet breast-feeding does have many benefits, for you and your new baby. Breast milk passes on valuable antibodies to your child. It provides “nearly the perfect mix of vitamins, proteins and fat” according to WebMD. Breast milk is more digestible than infant formula. Breastfed infants tend to be healthier than formula-fed infants. Some studies say breastfeeding raises your child’s IQ and creates a stronger bond.

Breastfeeding lowers your risk of osteoporosis and cancer. It also helps you heal faster after giving birth, and it burns calories – which is always a plus!

There is research that says many of these benefits are marginal. Some studies report no difference between breast milk and formula.

An overview on formula.

Many parents prefer formula for its convenience. Formula makes feeding easier when a mother returns to work. Formula means your partner can get up to feed your child in the middle of the night. In short feeding doesn’t always have to be your responsibility.

It’s important to debunk many myths against formula. A group of religious activists started the anti-formula movement. They claimed formula was against God’s will. While Eve definitely breastfed, it’s hardly a scientific argument.

There was also a case in Africa where children who were fed formula were more likely to die. This was true, but the problem had nothing to do with the formula. Mothers mixed the formula with contaminated water – the only water they had. They also rationed formula because it was so expensive. This meant the baby wasn’t getting enough nutrients. Unfiltered water or underfeeding can still affect your baby, even in industrialized countries.

Formula does come with setbacks. Infant formula is not FDA approved or regulated. There are occasional, albeit somewhat rare, recalls. Most importantly, formula doesn’t carry the beneficial bacteria and antibodies found in breast milk.

Conclusion: What should I do?

It’s up to you. Whatever works best for you and your infant should be the road you choose. Remember, breastfeeding isn’t all or nothing. If a mix of formula and breast milk works best for you, that’s fine too!

Check out more information on our Pinterest Breastfeeding Board
Click here to for a FREE ebook "Breast Milk VS Formula: What's Best For You?"