Public Breastfeeding: Why all the Commotion? 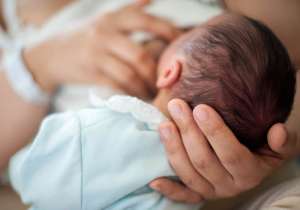 Google “Public Breastfeeding” and you’ll come across recent news articles about another woman who was told to stop breastfeeding. She was asked to “move somewhere else” or “be discreet”. But what gives? Why is that almost 20% of respondents in a 2010 survey disagreed with a woman’s right to breastfeed in public?

That’s not what breasts are for!

In March, Carl’s Jr. decided to re-brand, trading their infamous “sexy” ads for ones that focused on burger pride. Pretty good move, right? Not according to the boss. CEO Andrew Pudzer said marketing to “young, hungry guys” saved the food chain.

“Young, hungry guys“. Not women. Not even men and women. Guys.

Female objectification in advertising has been admonished for setting women against inhuman standards. But perhaps even more sinister is the hidden message transmitted to the men who absorb these ads. Ads such as these teach men that women should be objects of servitude. The woman’s place is not her own, and certainly not with her child’s. It’s “in the kitchen”, or wherever else a man wants her to be.

If that object of servitude isn’t serving the master, the master is repulsed.

But not all men –

Claiming that not all men objectify women is fine. Not all men do. However, all men face a culture of hypermasculinity that tells them they should. Hypermasculinity is gender stereotyping at its worst. Men are bullied to reject “feminine” features, including a deep emotional life. It’s the reason comments like “you throw like a girl!” and “crybaby!” are considered insults.

No one wants to go against their peers and lose their identity with them. Hypermasculinity, combined with the overwhelming objectification of women, means that even the gentle image of a mother’s breastfeeding has no place in our world.

Don’t give up on Public Breastfeeding

While this all seems very daunting, it’s worth noting that things are slowly changing. Public breastfeeding is a right protected in forty-nine states. Mothers’ organizations have articles with tips and encouragement for mothers. Most importantly, women all around the world, from the pool to parliament, challenge the standard and offer support for their fellow moms. You and your baby deserve the best. Don’t let the impolite words of strangers deter you from it.

Be sure to check out another great resource: Nursing in Public: How to Breastfeed Your Baby with Confidence; brought to you by our friends over at momslovesbest.com!

Today is a great day to start to  inform, prepare and empower your pregnancy and parenting here!

Breastfeeding Moms: How To Care For Yourself

Breastmilk VS Formula: It’s what’s best for you!

Click here to for a FREE ebook "Breast Milk VS Formula: What's Best For You?"